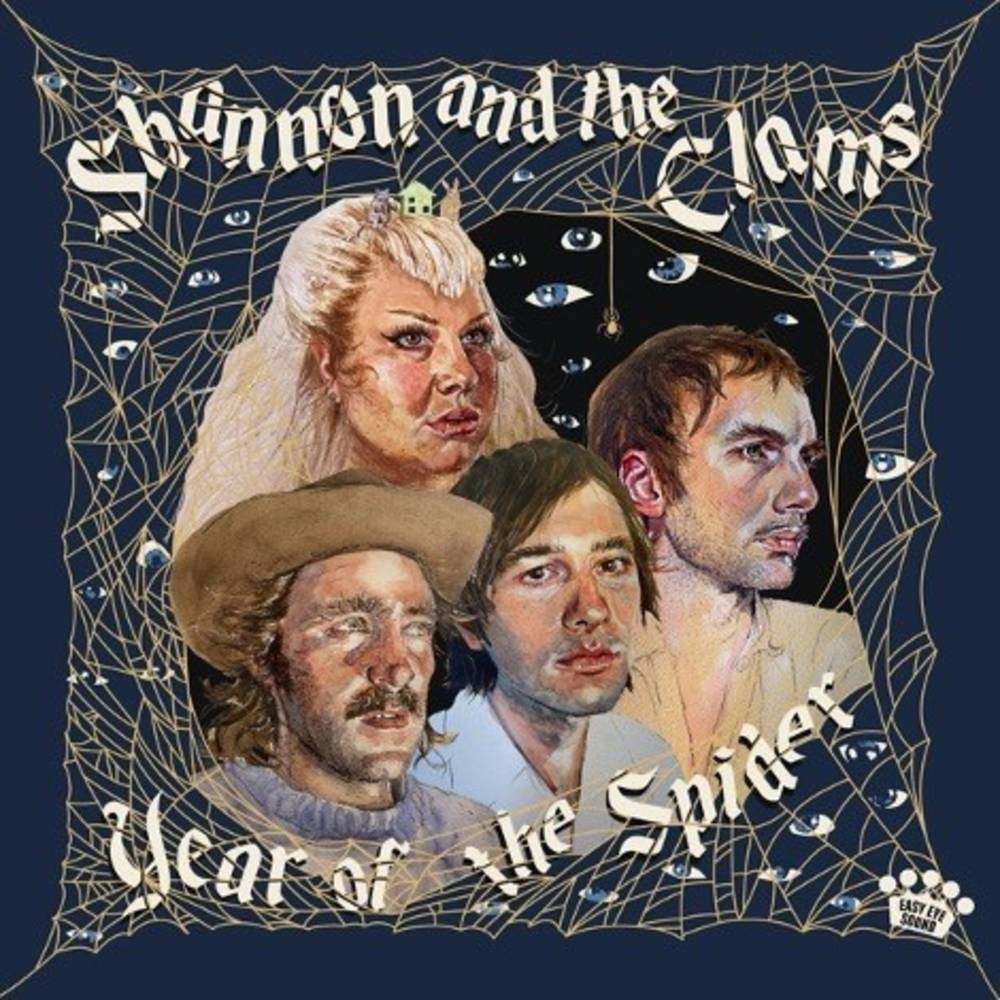 Shannon & The Clams | Year Of The Spider | Easy Eye Sound

Shannon Shaw (vocals, bass) and Cody Blanchard (vocals, guitar) met at the California College of the Arts, and since forming Shannon & The Clams with Will Sprott (keyboard), and Nate Mahan (drums) in 2009 have been consistently unveiling more layers of their unique psychedelic, doo-wop garage rock. Year Of The Spider is the second release on Dan Auerbach’s (The Black Keys) Easy Eye Sound label. The band perfected their signature sound in previous album Onion (2018). Now, with Year Of The Spider they have reached maturity.

Since their earliest collaborations, Shaw and Blanchard have been active in the queer Oakland, California community. Shaw was also a member of queercore Hunx & His Punx along with Seth Bogart. Their sixth album deals with being haunted by the painful memories of your surroundings.

In ‘Do I Wanna Stay’ the narrator is haunted by painful memories they’re constantly confronted by in their daily surroundings. “Do I wanna stay/In the place I was half-raised/Haunted by the days of being young?” they ponder, then consider going to a new place that they don’t know. With deft, poignant lyrics they succinctly describe the feeling of being lost in life.

Midway through they album, ‘In The Hills, In The Pines’ addresses the tragic loss of life in the Ghost Ship warehouse fire, which left the Oakland DIY community devastated. This, along with several personal tragedies and harrowing incidents had led them to what felt like the end of an era. The entire group had reached a point where they were at a crossroads. Too many memories were lingering in the ashes. “And the people I knew/They just fled in the night,” Blanchard sings.

Arguably heavier than anything released up until this point, Shannon & The Clams maintain their psych-by-way-of-Motown sensibilities. Standout track ‘Midnight Wine’ features a propulsive beat set against cinematically scuzzy psych that reinforces how tight and continuously surprising the Clams are at reinventing and expanding their sound. Will Sprott delivers rich, arpeggiated synths that elevate the Clams to a texturally rich, and always inventive level that sets them apart from the rest.

Title track ‘Year Of The Spider’ is set to a retro girl group by way of John Waters inspired from an encounter with an astrologer when Shaw was going through an emotional crisis as everything around her was falling apart.

The astrologer said to call on Durga, a major deity who is worshipped as the mother goddess Devi in Hinduism. She’s known to be associated with strength, protection, and motherhood as well as war and destruction. Durga is often depicted holding a weapon in each of her eight arms. Shaw connected her with spiders (of which she has a terrible fear of), realizing she was being protected by the thing she was most afraid of.

The haunting ‘Godstone’ is psych-tinged garage rock at its finest that plays like a gothy Mama’s and the Papa’s (if John Philips wasn’t a garbage person). Introspective ‘Snakes Crawl’ is a take on classic country that sends home just how richly crafted the record is. The sound production is the fifth member of the band that captures the essence of the Clams and polishes it to a fine shine.

Not only is Year Of The Spider the most musically diverse Shannon & The Clams record to date, it’s also the most lyrically potent. Highlight ‘Mary, Don’t Go’ delivered as a girl group soul burner, it details the horrific situation that forced Shaw to leave her apartment of 14 years due to a stalking incident. As she leaves, she explains to her roommate: “I’d like to protect you, but what if I can’t?”

Ultimately, this is a record about coping with change and major life shifts. By the time we make our way to closing track ‘Vanishing’, we have experienced the full completion of a journey through time, pain, nostalgia, and trauma to a clearing in the woods as we are served the reminder that life goes on, but you have to process the pain first. All the dark nights of the soul see the group finding their footing to continue on to their next chapter with passion and empathy.

If you listen and like what you hear, consider supporting independent musicians and buy their music.